It has been my tradition to write a year end review on January of every year,  I am just so excited to make a careful evaluation of what had transpired in my life for the past year be it good or bad.  It's my way of looking back to correct what was wrong and to be grateful for every little accomplishments that I had.

2015 has been a crazy year, yet I consider this one of my best years.  It's quite hard to document every bit of thing that happened to me the entire year but I would gladly list down what seemed to be the highlights of this year to me personally, and to my family as well. 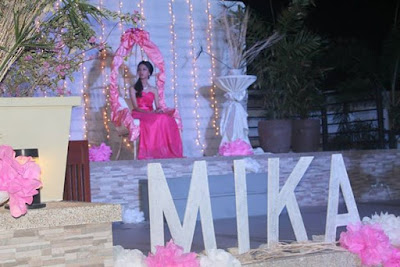 My only daughter celebrated her 18th birthday January 4 (gosh, it's exactly 1 year today) and as promised, we've organized a simple yet meaningful debut party for her.  It took us several months to do the planning and preparations. Many things need to be considered such as the budget, venue, party theme, foods, guests and the program.  It was a hard work but it's all worth it as we've managed to make it a memorable and successful one for her.  Her classmates and friends were all praises on the uniqueness of the party,  One commented that it was simple but elegant.  As a Mom, I felt very happy as I did not fail to give her the best that I could give.  I am very happy every time I see her videos and photos.  I feel truly accomplished.

2.)  My Daughter Mika's Bedroom Make Over 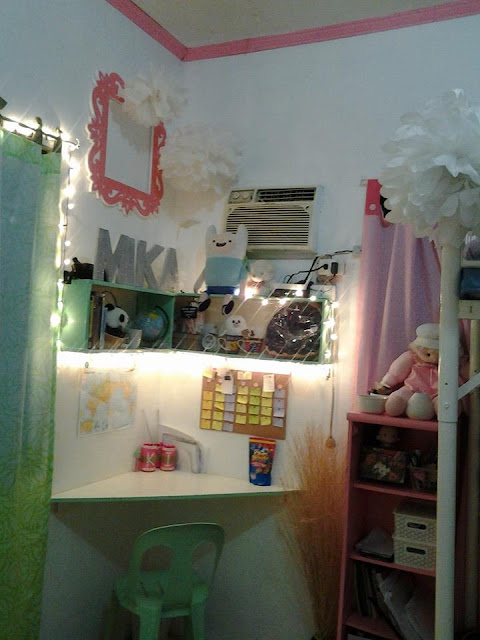 Few months after my mother died, we had to let go of her memories.  It's quite painful to see her things that would always remind us of her presence in the family.  Since some of her things were stored in my daughter's bedroom, we've decided to make a big change by doing a bedroom make over. My daughter was so excited coming up with her own decorations.  She chooses the color, the decors and everything.  It turned to be so simple yet so pretty.  I am very happy to see how my daughter seemed to be so excited doing these things. 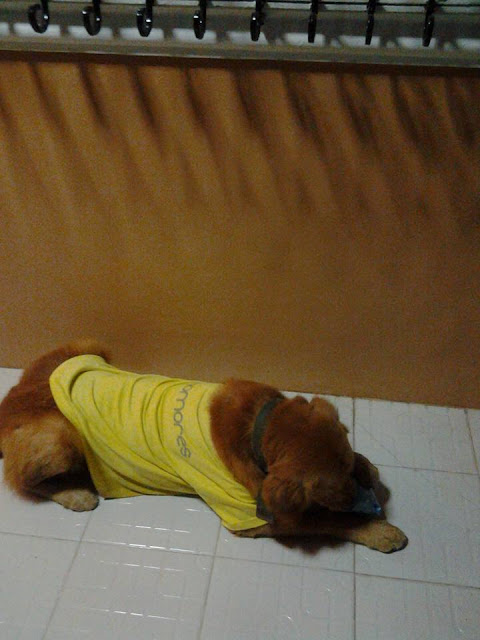 Before my son left for abroad, he convinced me and his Dad to chip in to buy a new dog.  It was a Golden Retriever whom we named Alonzo.  He had given us so much stress especially during his first few months at home as he is very naughty and playful and would destroy almost anything that he sees in the house.  Anyway, despite of it all, we were so happy having him in the house.  He is cute, funny and very sweet.  No wonder he became my daughter's instant favorite!

4.  I Was Hired As A Seminar Facilitator/Speaker 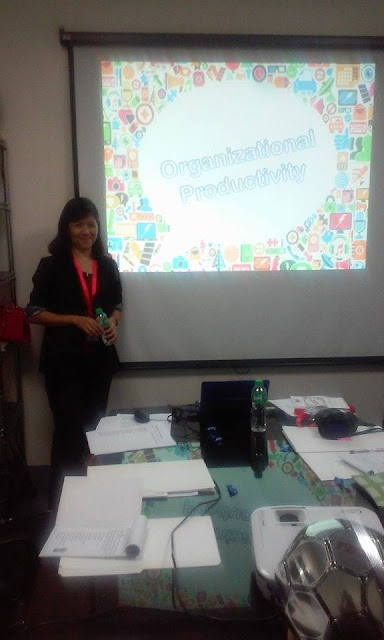 I was referred to a company inside the Subic Bay Freeport Zone who was looking for a seminar facilitator and since being a public speaker has always been my passion, I didn't think twice to get the offer.  I was commissioned for 3 different seminars of various topics and I've enjoyed that wonderful experience.  I met new new people and was able to experience a bit of the corporate world again. 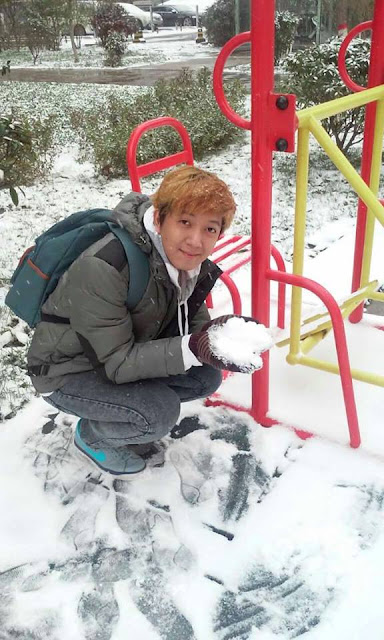 My son was eyeing for a job abroad even before his sister's 18th birthday and this is one of the reasons why we were a bit reluctant to hold a debut party for her.  We do not know exactly when he would leave.  Thanks God, everything happened on the right time...at least when we were ready.  I had mixed emotions then.  A part of me was very sad since this will be his first time to live alone in a foreign land considering that he is just 22.  On the other hand, I was also feeling very excited and happy for him as he is already one step closer to his dream.

6.)  We've Taken The Risk of Investing

I was long planning to diversify my investments but I don't know which way to choose.  I've invested some of my earnings for the minor renovations and improvement of our rental property and also to complete the payment for another lot which we also intend to use for rental.  Most of my savings from my previous job went there.  I only had a little left for myself but it's okay.  I've managed to get an online job and blogging is still good to me as it continually gives me extra earnings every month. August of 2015, I've tried to take the risk of investing in mutual funds and I even encouraged my daughter to give it a try as well.

After less than 6 months of working abroad, my son was offered a promotion.  This was unexpected. Neither he or me expected such a thing.  He sent me a message one day and asked my opinion about the promotion, he was having second thoughts whether he would take the challenge or not.  I advised him to give it a try, after all the Boss will not consider him for the position if they didn't see any potential in him.  He assumed the position of Planning and Development Manager under 1 month probation effective November of 2015.

8.)  My Husband Spent Christmas and New Year At Home 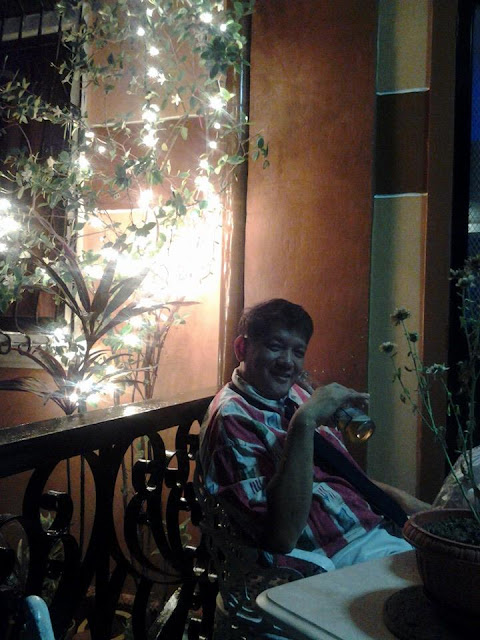 After so many years, hubby finally spent Christmas and New Year at home.  His kind of job took that opportunity from him.  In their company, they have to take turns in applying for annual leave, so it's quite impossible to be at home during Christmas every year.  Finally, he got the chance and we could not describe the excitement in his face, he was really happy specially that he was allowed to have 3 months vacation.

9.)  I Was Hooked Into Reading

Reading has been a consistent habit this year.  I was able to read more than a dozen of books and still have a lot more saved in my Kindle.  Reading is a very good way of entertaining yourself, not to mention that you have a lot more to acquire from reading especially in terms of knowledge and information.  I vow to continue doing the same thing this year. 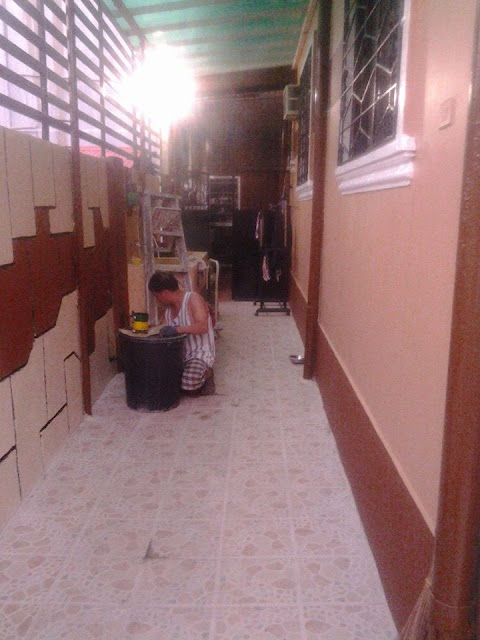 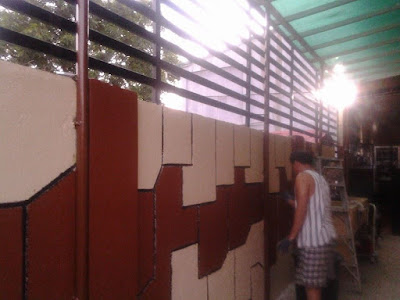 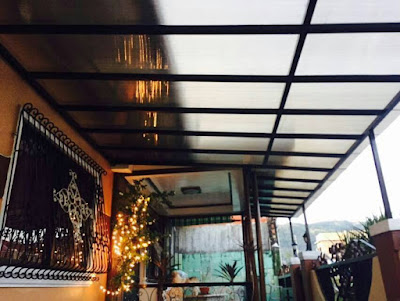 It has been part of our plan to introduce a  major improvement in the house last 2015.  We have long been saving money for these projects.   Hubby purposely applied for a 3 month vacation so he could help me supervise all the construction works.  We had an expansion in the dining area and added a new room in the second floor of the garage but until now, the construction works is still ongoing.  Hopefully everything will be completed by end of January this year.  Around 50% of the projects are already completed and we are looking forward to finally see the finished project soon.  We had the garden covered with canopy and installed tiles in the entire garden and laundry area.  We also repainted the entire house interior and exterior.  Soon, we will be giving our bathroom a new look.  We are hoping to finish everything before my son arrived for his home leave.

The year 2015 has been a great year for me, it was full with great surprises and I would like to thank everyone who had been a part of it.