How To Treat Dogs Mange

My cutest pet at home, Marcus has been suffering from Mange for more than a year now, I guess. He's been on a roller coaster ride battling against this disease.  had it not been for the fact that he is being monitored and taken care of diligently, probably this disease has already taken over his health seriously.  I've mentioned a number of times before that we really love this dog so much, in fact I'm treating him like my own baby.  He is a princess shih-tzu, the smaller breed and he's very loving and a very smart dog.  He filled our house with joy that we could not afford to lose him.  This is the reason why we're doing everything to get him cured.  My son had brought him a number of times to his Vet for consultation and some medications.  He was given some antibiotics and a soap specifically for mange.  He recovered after 2 bottles of antibiotics, I think but this mange would keep on coming back after a month or so. 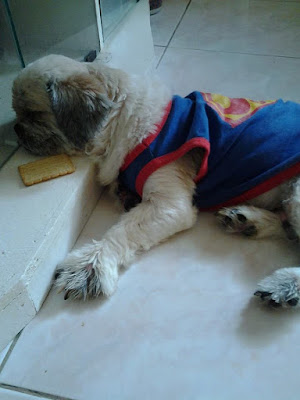 My son knew the danger of giving Marcus antibiotics all the time, so he made a research to find other probable cure for Mange and this is where he came to know about the mysterious Madre Cacao, an herbal extract from Madre Cacao plant.  The product boast of it's effectiveness in treating mange in dogs as well as other skin related problems.  We didin't think twice and ordered Madre Cacao spray for Marcus's mange. 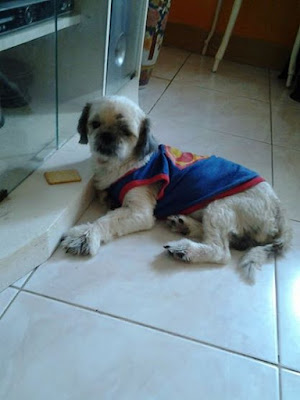 We noticed the improvement even before the whole bottle of Madre Caco was consumed.  There was a re growth of hair on his lower back which was used to be infected by mange.  I felt happy upon seeing those little strands of hair starting to come out.  That only means that the skin problem was addressed.


Unfortunately, our busy schedule prevents us from rigidly monitoring his Mange, we were confident that he already got cured so we seldom apply the madre caco spray on him the following month. Because of this, we've started to see mange developing on other parts of his body.  I've tried other possible cure.  From what I've researched, they say apple cider vinegar is good for mange but unfortunately, no notable improvement was seen after two weeks of applying it regularly on his infected skin.  So now, I am going back again to Madre Caco Spray.  We've just ordered the next bottle and I am determined to have his mange cured as soon as possible.

I will make another post once I got positive results.  well, I am crossing my fingers.  I can't afford to lose such a lovely pet.

Email ThisBlogThis!Share to TwitterShare to FacebookShare to Pinterest
Labels: Pets