We recently went for a much planned jogging activity at Remy Field inside the Subic Bay Freeport Zone. I would admit, we'd been planning to do this for the longest time but for some reasons, it's always being postponed!

Blame it to our never ending projects at home, not to mention that hubby spent almost a month of his vacation supervising the repairs and improvements of our other house which we are renting out.  It was on the month of April when he first arrived home and right after our Baguio City vacation, he started right away on the repair and improvement projects of that house. Because of that, we never had any jogging activity for the whole month of May.  Finally, we made it and such was a wonderful experience for a first timer like me. 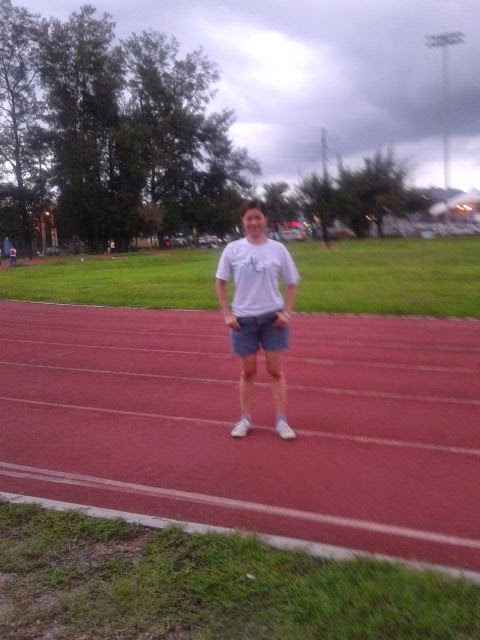 Me and hubby was joined by our son Edmar.  It was so unlucky that our daughter Mika couldn't make it as she has late afternoon classes but she followed us at the venue when we're almost done to give us a moral support. (lol) 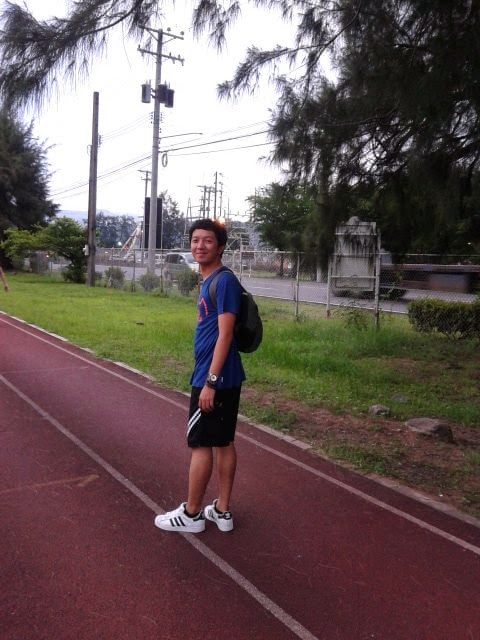 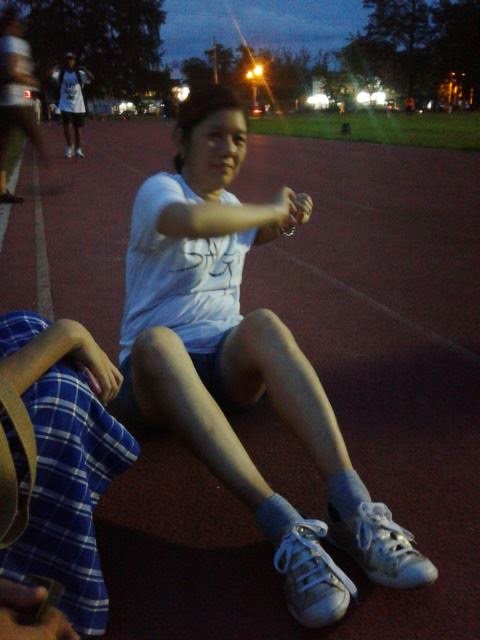 It was already dark when I decided to stop running but you see, I never had enough.  I have to make some stretching while I joined hubby and the kids resting in one corner of the oval. 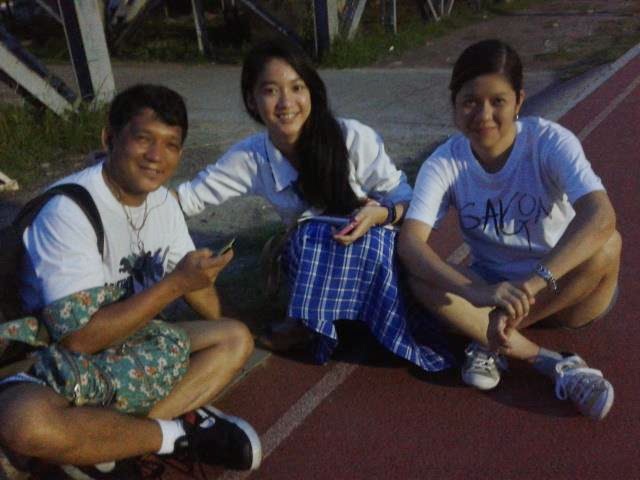 Me, hubby and our daughter Mika who just dropped by from school to see us having fun while jogging. :) 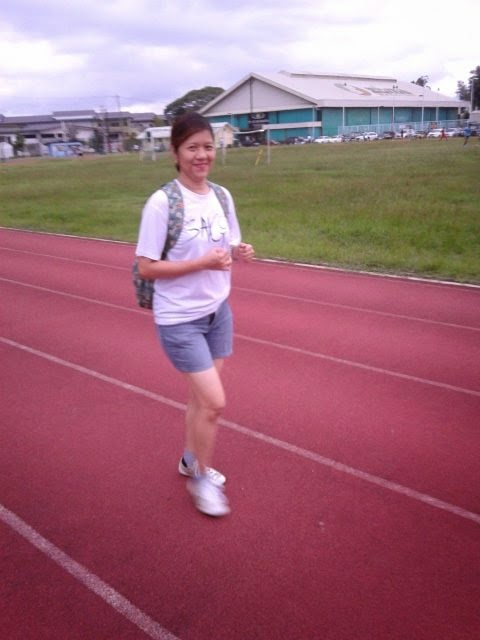 I actually made about 7 rounds but that's a combination of running and brisk walking. It's my first time to jog like this and besides, I have a minor heart ailment so I that want to push myself too hard.  I know that everything would be easier as soon as I start doing this regularly. Yes! I really plan to do this on a regular basis but since hubby is already going back to his work abroad, I must just be doing this together with my son and daughter, probably during weekends. 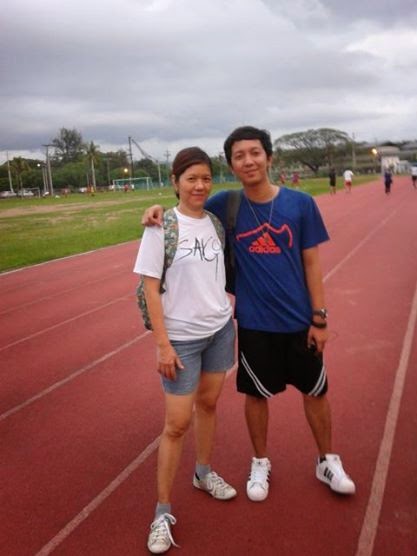 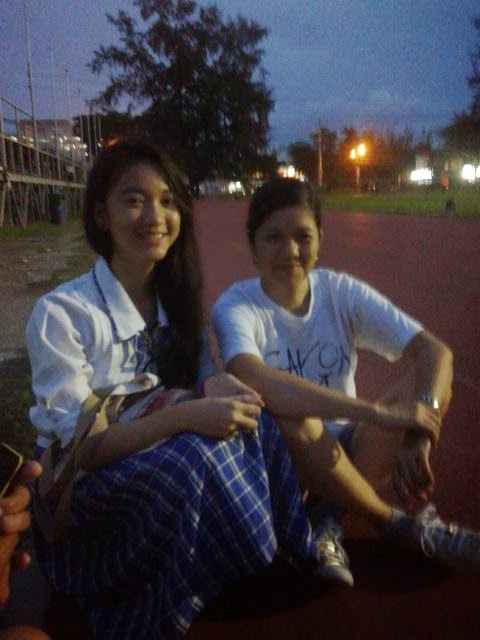 I'm so happy that since I've resigned from my job abroad October of last year, I am slowly picking up and now enjoying my life working and staying at home.  I had several opportunities to work again locally but I just decided not to as I really wanted an early retirement from work and still able to enjoy my life at home with my family.  Going out with them on a regular basis and doing things like this with them while I am still young and strong is surely a thing I wouldn't regret.
at June 30, 2014

Email ThisBlogThis!Share to TwitterShare to FacebookShare to Pinterest
Labels: Health, Health And Wellness